A Tribute to Founder A. Langston Taylor 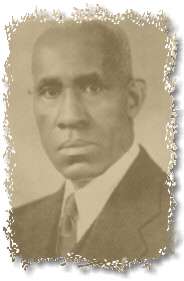 A. Langston Taylor, the founder of Phi Beta Sigma Fraternity, Inc., was born in Memphis, Tennessee. He graduated from the Howe Institute in 1909 which is now Lemoyne-Owen College in Memphis. He received his college and professional training at Howard and Frelinghuysen University in Washington, DC.

Founder Taylor chose business for his life’s career and from 1917 to 1926 he conducted a real estate and insurance business. For he was the Secretary-Treasurer of the Potomac Investment Company, Director of the Federal Life Insurance Company and President of the Taylor Tobacco Company.

Founded Taylor coined “Culture for Service, Service for Humanity”. He began serving Humanity by the founding of Sigma, to which he gave twelve consecutive years of service as a National Officer, serving as National President, National Treasurer, National Secretary, and Field Secretary. He also served as President of the Distinguished Service Chapter.

Brothers have described our Founder as distinguished, poised, and truly a hard worker. The members of Alpha Sigma Chapter called Founder Taylor “Prof” short for professor, because he was always carrying a book, files, or reading. He was instrumental and held offices in the following organizations; The Washington Art Society, The Derby Club, The Banneker Research Society, The Mu-So-Lit Club, and the Tennessee State Club.

Founder Taylor was an Elk and a thirty-third degree Mason. He authored “The History of Negro Education in the State of Tennessee and at one time was the Washington Correspondent for the Chicago Defender. For most of his adult life he lived at 1517 Vermont Avenue, NW in Washington, DC, and held many Sigma meetings there.

A tireless worker, he worked hard in seeing that Sigma maintained its illustrious history, by serving on the history committee and providing numerous forms of notes, minutes, and oral history to those who served with him. Founder Taylor retired from federal service where he worked at the Smithsonian Institute.

Founder Taylor is buried at Lincoln Memorial Cemetery in Suitland, Maryland (right outside of Washington, DC). His gravesite sits at the highest peak.

Founder A. Langston Taylor, the Greatest Name in SIGMA. 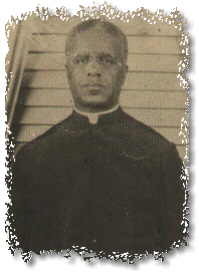 Leonard F. Morse was the proud son of a distinguished New England Family, Mr. and Mrs. Frederick Morse of Boston, Massachusetts. Trained in the elementary and secondary schools of New Bedford, Massachusetts, he became the valedictorian of his integrated high school and entered Howard University. In 1915, he graduated from Howard University and was the first person to graduate in 3 years with an A.B and B.Ed degrees.

Later, the degree of Bachelor of Divinity was conferred upon him by the Payne School of Divinity, Wilberforce University. He received his Master’s degree from Northwestern University, Evanston, Illinois and the degrees of Doctor of Metaphysics and the Doctor of Psychology from the College of Metaphysics, Indianapolis, Indiana. The Honorary Degree of D.D. was conferred at Allen University, Columbia, SC, and the LLD at Edward Waters College, Jacksonville, FL.

An outstanding educator and prophet he lived a busy and resourceful life, having served in many institutions and areas of Educational and Religious life. He was Dean of Theology at Edward Waters College, Head of the Department of Religious Studies, President of Edward Waters and a Mason. Founder Morse founded and chartered numerous Sigma Chapters especially in Florida. Founder Morse was a student of the Greek language and he named our beloved fraternity. In addition, he wrote Sigma’s first constitution and was the first president of Alpha Chapter.

In the 1915 Howard University Yearbook, entitled “The Mirror”, Founder Morse has listed by his name the following: Director of Social Service, YMCA, 1913-1914. Organizer and President of Phi Beta Sigma, 1914-15. President, Young Men’s Progressive Club, 1914-15, tutor of languages and history.

Founder Morse was married and had five children, two of which are brothers of this fraternity. Most recently his grandson joined Our Wondrous Band.

Leonard F. Morse was the last living Founder of Phi Beta Sigma. In the 1915 Howard University Yearbook, Founder Morse left us with “Smooth Runs The Water Where the Brook is Deep”.

A Tribute to Founder Charles I. Brown 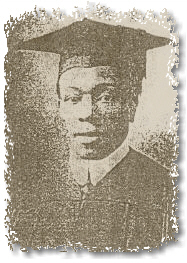 According to the 1914 Howard University Yearbook, Founder Charles I. Brown is documented as Finished Howard Academy, 1910, Class Chaplain 1913; Chaplain Classical Club 1912, 1913; President Classical Club 1914; Vice-President Phi Beta Sigma, 1914. Will do post- graduate work in Latin. In addition, Founder Brown was chosen “The Most To Be Admired” for the Class of 1914.

Founder Brown is said to have been born in Topeka, Kansas in 1890. Census records show that his father was Rev. John M. Brown and that his mother was Maggie M. Brown. However, records at Howard University from 1910 have Founder Brown living at 1813 Titan Street in Philadelphia, Pennsylvania.

He was very cordial and very popular with the student body and Howard University Administration. He is credited with choosing the 9 charter members of Phi Beta Sigma Fraternity. Founder Brown founded the Delta Chapter of Phi Beta Sigma at Kansas State University in Manhattan, Kansas, on April 9, 1917, and through oral interviews was a teacher at the Kansas Industrial School for Negroes in Topeka, Kansas.

Census records and oral interviews have showed us that Founder Brown was alive in the Topeka, Kansas area until 1931. Some believe that he was a casualty of the First World War; others believe that he moved overseas.

In the spring of 1949, Founder Leonard F. Morse wrote “We live in daily hope that we shall one day learn the fate of our beloved Brother and Founder”.

In the 1914 Howard University Yearbook, under the Personals and Applied Quotations Section, Founder Brown left us with this quotation “No legacy is so rich as honesty”.

Founder Brown graduated from Howard University on June 3, 1914. The last correspondence that the fraternity received from him was a letter to Founder Taylor in 1924, in which Founder Brown indicated that he was teaching in Kansas.

Although we may never find out the fate of our beloved Founder, always remember, “March on, March on, Ye mighty host” for Founder Charles I. Brown will remain in our hearts.